The month of December will be pantomime-central for our Berry Babes, and we’re delighted that two more pupils have been cast in local festive productions. Our Sheffield dance school is spreading its wings in South Yorkshire towards Doncaster!

Congratulations to Kayla Barnes and Millie Boynton for earning their places in Cast Theatre‘s Christmas pantomime, Jack and the Beanstalk! The show will be on in Doncaster from 2-31 December, tickets are already on sale so make sure you get yours here.

Our tally of Berry Boys & Girls in local pantomimes is ever rising, and we look forward to seeing what Kayla, Millie & Doncaster pantomime have to offer!

I am currently soaking up the sun in Malta, working as Dance Captain in a hotel show team. 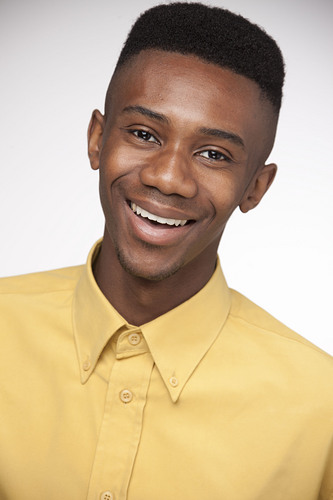 Devon started at Mrs Berry’s when he was 12 when he and Matt came from the Maureen Law School of Dance. During his time with us he was nominated for the IDTA Scholarships many times and won special commendations in 2003/4 for Grade 5 Tap and Theatre Craft. He was also the winner of the Ken Dodd Tap Award.

In 2006, at the age of 16, he came third in Dance Master UK, performing at the Winter Gardens in Blackpool. Later that year he went on to study for his National Diploma in Musical Theatre at Laine Theatre Arts College. While there both he and Matt competed in a tap competition held at the college, and Matt, feeling generous, used one of his old routines and choreographed a new one for Devon… he regretted it in the end because Devon ended up beating him with it!

After graduating in 2009 he went on tour to Germany with the musical Hairspray for two years, managing to resist the urge to learn any German while he was there. He performed in Aladdin at the Royal & Derngate in Northampton in 2011.

In 2012 Devon taught classes and workshops in London and performed in the Opening and Closing Ceremonies of the Olympic Games.

Since then he has played a Shark on the national UK tour of West Side Story which began in Liverpool in 2013 and ended in summer 2014. In his spare time he has come back to Sheffield to teach our pupils exciting new routines and give them insight into the life of a professional dancer.

Devon was very excited to be joining the cast of Memphis, a new musical which arrived in London’s West End in October 2014. The starring role is taken by Beverley Knight, and the production won Best New Musical at the What’s On Stage Awards.

Congratulations are in order for two of our many fantastic Berry Babes who have secured places into the Grand Final of the IDTA’s Miss Dance of Great Britain award, held annually in Blackpool. Rebecca Hanneman won her heat in October 2014, and last night, Bree Quinton also danced her way to the final of a very prestigious dance competition.

Another of our Berry Babes, Bridie Thorpe, has also been performing her heart out at heats, taking runner-up only last week, so we think it will only be a matter of time before she makes it the magic trio! Three is Mrs Berry’s lucky number… so no pressure Bridie!

Miss Dance takes place in June at the Winter Gardens in Blackpool, and many of the pupils, staff and parents attend every year on a big Berry school coach and enjoy fish and chips in between the fantastic showcase of dancing. In the past we have had many pupils performing at this competition, with Miss Rebecca taking third place, and our former pupils Matt Croke and Devon McKenzie-Smith taking third place in their own Dance Master competitions.